The Ford government’s plans to cut education funding are running into heavy opposition from across the province. 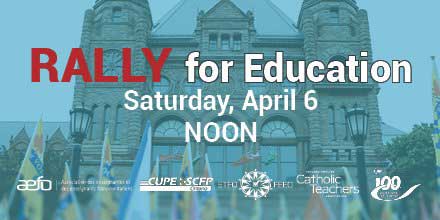 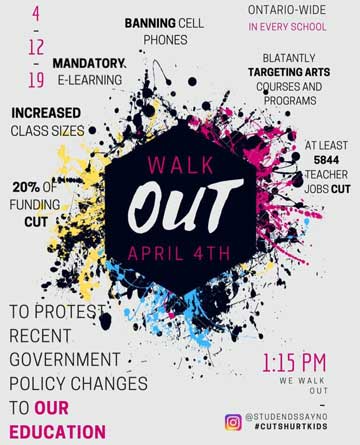 On the student front, activists at more than 200 high schools have formed committees to support a province-wide student walkout scheduled for April 4.

“We have had enough, and we’re ready to show the government for the last time that we won’t be ignored,” says activit Rayne Fisher-Quann on her Twitter feed. “This is the new wave.”