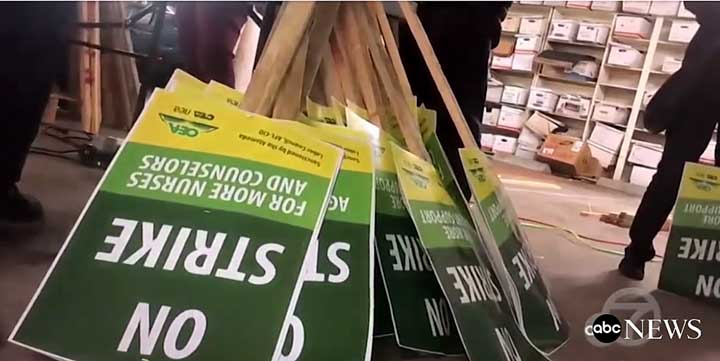 Oakland teachers have joined their colleagues around the country on strike for better wages in the face of high living costs in the city in which they teach.

“For three months, we have been waiting for a proposal from the [school] district,” Keith Brown, president of the Oakland Education Association, said in a statement to reporters recorded by ABC News. “Our demands are student-centred, essential needs and resources for our students. We stand united to make sure that our students have the schools that they deserve.”

The teachers’ union is asking for better wages, smaller class sizes and more support staff, including nurses, counselors and librarians, according to the ABC News report.

Charter schools are also playing a role, and teachers are concerned they are siphoning funds from the public education system, says an article in the New York Intelligencer.