Premier Doug Ford’s thin skin was showing as he delivered a backhanded insult to educators as he commented that students protesting education cuts had “filthy” mouths.

“That’s how they train our kids, with a filthy mouth,” he said. “They should have their mouths washed out with soap. That’s what they should have, because that’s embarrassing.” 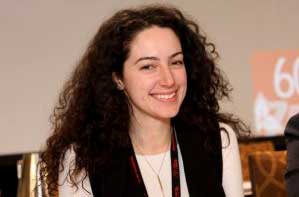 “The government’s plans to slash OSAP [the Ontario Student Assistance Program] … has devastated students and families across the country,” said Nour Alideeb, chair of the Canadian Federation of Students Ontario.

The Feb. 19 rally was organized by the CFS in partnership with ETFO and six other labour organizations, including the Ontario Federation of Labour.

“Mr. Ford doesn’t like to be held to account,” said NDP Leader Andrea Horwath. “He thinks he’s the king of Ontario. Well, he’s not the king of Ontario. Whether you’re a student protesting outside or inside … people have a right to be here and to show their displeasure in terms of the government’s behaviour.”

You can read the full CP24Now article here.