Following is the text of a news release from ETFO:

Toronto, ON – Instead of addressing the crisis it has created for Ontario children with autism, the Ford government is downloading its obligation to support these students onto public schools. School boards and educators will be expected to meet the needs of students with autism without sufficient funding. 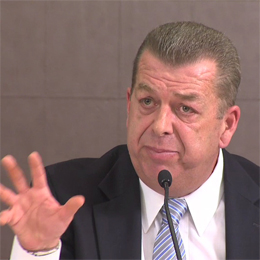 ETFO President Sam Hammond accused the Ford government of downloading its responsibility for supporting autistic children to the school system.

“Rather than properly fund Applied Behaviour Analysis (ABA) for thousands of children with autism, the government is downloading the issue to school boards and educators,” said Sam Hammond, President of the Elementary Teachers’ Federation of Ontario (ETFO).

“Where many of these children with autism were requiring $50,000 to $100,000 or more in treatment, the government is offering its standard funding of $12,300 to every new student who enters the system regardless of ability. If that amount was applied to autism supports, it would be used up in ABA within about 12 weeks. Where is the funding beyond that? It’s not there.”

“Teachers are not ABA specialists nor should they be. Instead of providing more funding for educational assistants trained in ABA and speech pathologists to work with students with autism, the government should not be downloading its responsibilities on to educators to meet the needs of these children,” added Hammond.

“In short, there is no additional funding for front line school supports for those students who are already in school. The Special Education funding that Minister of Education Lisa Thompson noted today is what school boards currently receive. This means boards will have to continue to take from other Special Education funding to accommodate thousands of children with autism that families have no choice but to send back to school.”

“ETFO and other education stakeholders have been clear that the current education funding formula for Special Education is totally inadequate and is based on a mathematical model that has no relation to the actual needs of students. It must be reviewed,” added Hammond.